A woman lost her six children, but finally has Grace and other three siblings. The aim of this young lady was to raise her children, because every woman has to raise her children and having a happy family. But what does it happen if the baby has special mathematics skills and wants to become a scientist? This baby has to fight with the math formulas and at the same time has to convince anybody that a woman could make different choices from those traditional.

All of this aside, when the baby becomes a woman who doesn’t want to give up, she wants more than a family, she wants to break the boundaries of society (and science), she becomes the odd one out. Grace decides to go to university, Nkrumah University of Science and Technology, Kumasi, Ghana. After the degree, she becomes the first female to rise through the academic ranks to the position of Associate Professor in the field of Mining/Metallurgical/Materials Engineering in Ghana. But wait a second, how did she feel to be the first and only woman on the faculty?

“I felt so lonely to start with, and it was difficult to even make friends with people. I used to be a very shy person, and it was difficult to approach people, and I was waiting for people to approach me, and they were minding their own business. But I determined to work very hard and not be intimidated by the fact that I was a woman. So, I kept on working very, very hard, and I got some of the positions the men were occupying.”

After some years, she got a government scholarship to do her PhD in the USA. Bang. This step could be useful to make a difference in Ghana. In fact, the idea was: going to United States and returning to Ghana. 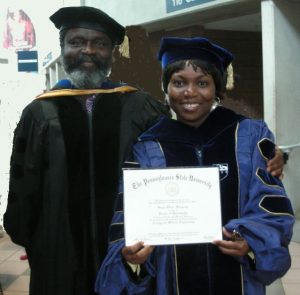 She kept her word, 6 years later she becomes an Associate Professor, she is now Head of Petroleum Engineering and Vice Dean of the Planning and Quality Assurance Unit. But why? From USA, the “freedom country”, the land of opportunities to Ghana?

She is not only a woman, a brilliant engineer but she is also a citizen that wants to help her country.

Grace is one of the few women who are making an impact in this predominantly male oriented minerals and mining engineering field in Ghana and also in the West-African sub-region. They also have about 12 female faculty members now, and most of them look up to her as a mentor and role model. To widen their influence, she founded an association called Ladies in Mining and Allied Professions in Ghana. She has 45 (FORTY-FIVE) technical papers to her credit and several unpublished reports. And if you want a family and a career, what you should do? Maybe giving up one of the two. Nope, we figured out the word “give up” is not part of the Grace’s dictionary:

“At the university, if you want to get promoted, we say that you need to promote yourself. In other words, you need to do research, you need to publish papers, you need to do service, you need to teach well, show evidence of all these things – but you also have a family you need to think about. So most of the time, I spend time outside of work hours to catch up. It’s like you’re always running because of family responsibilities, and if you don’t catch up, the men are always moving ahead of you.”

And Grace also says what my mum always says to me:

“If you want to rise like your (male) counterpart, you have to put in a double effort.”

The first time my mum told me this sentence I was a kid, I feel it is true but at the same time I see something is changing, and I hope I will never tell this word to my future princess. 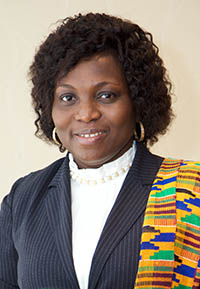